THE HISTORICAL CENTRE OF BALATONFÜRED

Balatonfüred was once one of Europe’s most renowned holiday and health resorts, and a centre of the intellectual revival that marked Hungary in the Period of Reforms (1825–1848). The public spaces and parks of the town are part and parcel of its history.
When reviving the its open spaces, we sought to evoke the traditional resort atmosphere of the famous holiday destination. The cornerstones of the plan, which relied on historical research, were street furniture and ornamental, as well as drinking, fountains of an original design, green patches with plants characteristic of the period, and the use of natural materials that befit the nobility of the place.

The town’s efforts to revive its public spaces have been acknowledged with a number of professional awards. 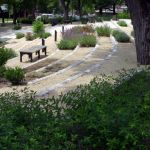 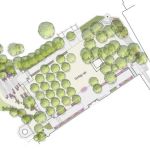