An organic house in Buda (excerpts)

“(…) Above all I consider it important to establish that in terms of the principle of its positioning and its urban design concept, the Hattyú House is an urban building. The method of its positioning was contextual, while its architectural solutions feature – and even improve – organic style. In other words – strictly speaking – it harmonizes discrepant features with great imagination and creativity.

(…) Its forms are realist building forms rewritten according to the canon of organic architectural style, and not organic forms rewritten to match the formal language of architecture. The technique of rewriting is geometric-cubist-abstraction (cf. biological analogies and crystal structures), it is virtuously carried out, mildly abstract, and the rewritten form strongly alludes to the form it rewrites, with an emphasis on representing the reality of architectural forms (being realist).

(…) Another general statement and guidance of Hattyú House marks the extent to which its effects should be amplified and its forms should be powerful in order not to assimilate into this environment of strong character, in case the building accepts the role of being a peculiar edifice in the city.

(…) All in all, the house is on the winning side even after so many years, meaning that instead of flagrantly sticking out, owing to its tenacious, masculine character, it has not “blended” into the mass, its statements have not lost their force.” 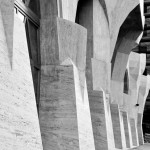 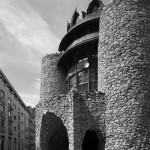 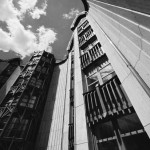