Built on a key section of the Pest bank of the Danube, this office complex, which comprises two buildings, is well visible from Gellért Hill and the Buda bank. One of the two parts was an office building with a distinctive, vertical facade, a protected monument designed by Dénes Györgyi in the 1920s, which had to be restored and converted, while the other occupies a formerly empty gap, and forms a coherent whole with the former. There is a three-storey underground parking lot under the area of the old building, and partly under the courtyard. The facade of the new building has stone cladding and a well-balanced grid structure, and relates to the old house through its vertical elements. Each of the two wings has its own entrance and system of passageways, which connect to air-conditioned office spaces that can be divided or used as open-space facilities. The flat roofs are walkable terraces with container plants, and there is also a high-quality garden. 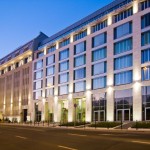 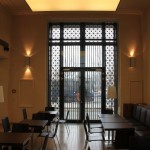 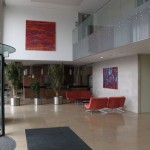